Kim Prytz | Swim of the Samurai 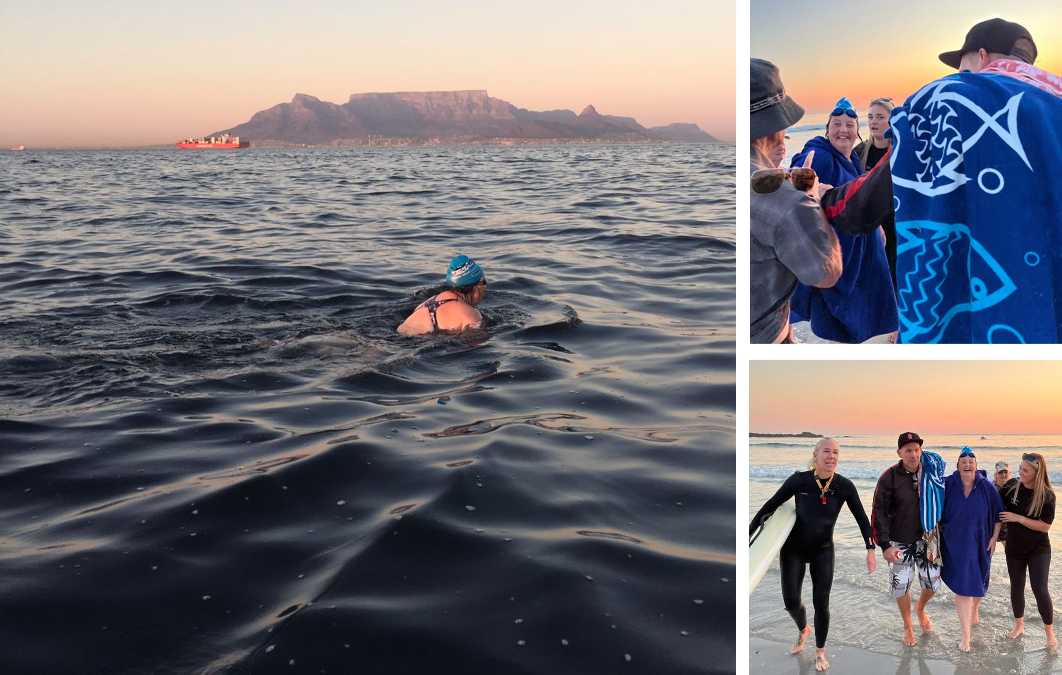 After some 10:26:39 in the cold Atlantic on Tuesday 7 June, Kim Prytz walked out of the ocean having completed a mammoth 15km breaststroke swim from Big Bay to Robben Island and back again – the first human being ever to do this, labeling it a ‘GOLD MEDAL SWIM’.

The 14-degree swim without a wetsuit was to raise funds for school blankets for the children at Capricorn Primary School, a school where Kim has been assisting as a karate teacher for five years.

Kim, we are proud of you for your grit like no other. After drifting off course due to strong currents for 3hrs, being stung by jellyfish, and not being able to rest because of strong currents – most human beings would’ve quit…

Your courage and bravery are unbelievable and exemplary. OSAAA KIMKI 🎯👊

The sea journey there and back showed me the value of being in every moment, fully. If I allowed thoughts to dominate – on the way back particularly – like the dangers of the sea, or how far the boat was from me because of the current, or where I had to swim, or how slowly I was making progress, or perhaps even the thought that this was impossible, I would probably not have reached the other side. In fact, any thought of making it or not making it was counterproductive. I literally only knew I was going to make it when my feet touched the sand on the other side. So the value of truly living from one moment, with all it contains, to the next moment, was undoubtedly the most valuable lesson of the whole swim.

A green light far in the distance

The inky black of the waves

As sunrise breaks over the Ocean

A V formation of birds flies overhead with the classic vista of table mountain on the side, how lucky to be here.

Going towards Robben island I felt the spirit of Mandela

The kelp forests were truly inspiring going into the rocks at Robben island.

Michelle gave me a clear path through it too.

I didn’t know what was to come

Two Robben island ferries passed us and there were big waves all around.

This heralded the start of the hardest leg I could imagine.

I had to push very hard now between feeds which had to be further apart due to drifting.

This truly tried me to the point of how is this going to happen. All I could do was keep going,

Asking for help in my spirit I did as I didn’t know how this was to be possible.

I received help in the form of my Sensei (karate teacher) coming out on the boat when I had nothing left.

And of course, my incredible crew who didn’t give up on me.

And my friends and parents who met me

In a reduced but ebullient state

Thank you thank you.

Kim’s world-class achievement is an inspiration to every one of us.

Her calm, steadfast, dedicated resolve with her refusal to give up but to continue with her goal is a living example that empowers all who choose to absorb this strength.

What an example to all BUDO KARATEKA everywhere.

We thank you and salute you with love and deep respect. Congrats on receiving your Sandan (3rd Dan) grade last night with Shihan and the Yudanshakai. 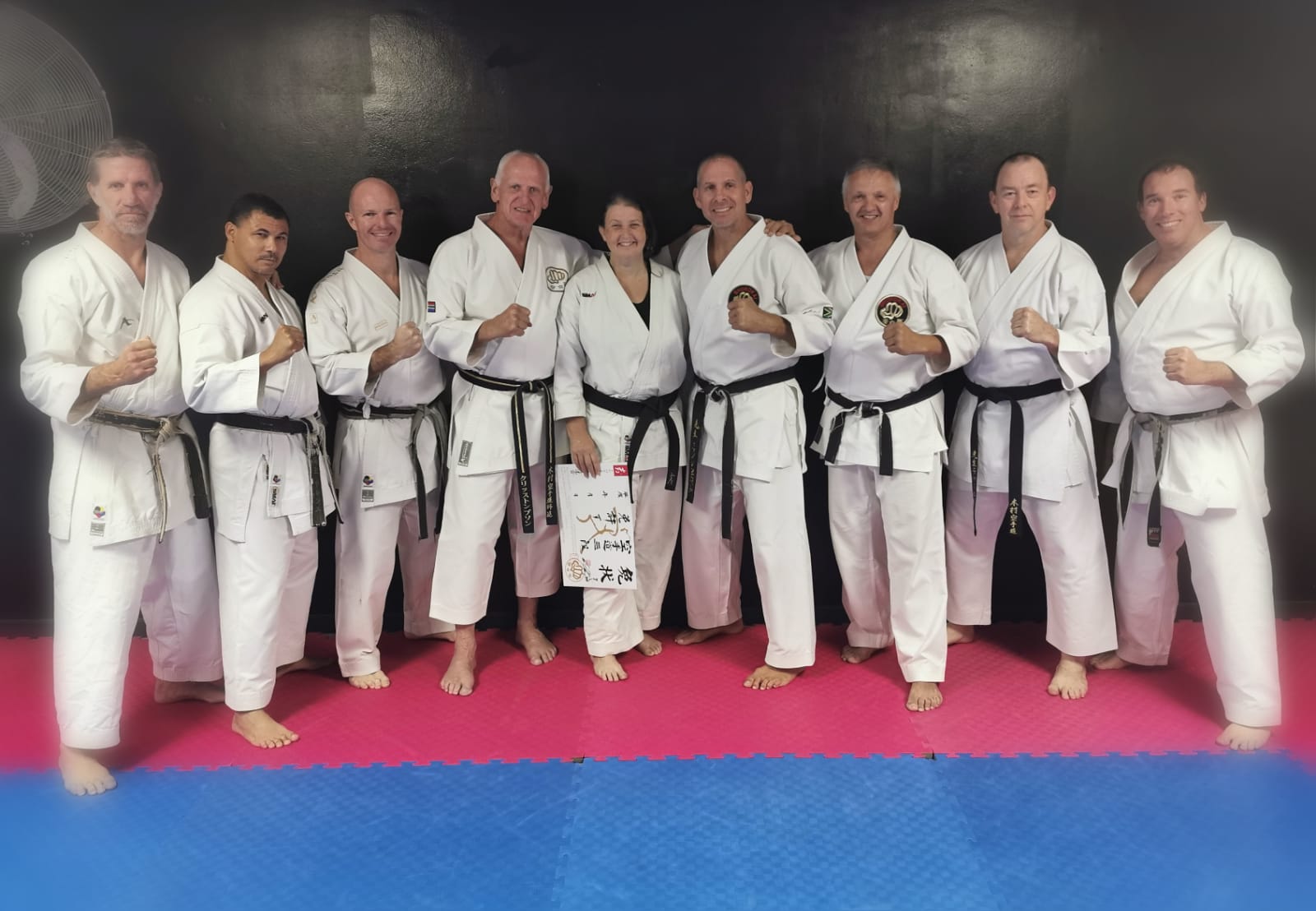